This week’s posting demonstrates the great power of the internet to solve photo mysteries and shows off some new photo manipulation tools.

It’s always been a nice and helpful feature in print media to have a visual “guide” when you are trying to identify a multitude of people or objects in an image. Particularly when they don’t form neat rows so that you can indicate front/back rows and “left to right” when labeling for example. Having come across nice “outline” images where you can cross-reference the subject to its identity — I wondered if there was a way to achieve an outline-look from photoshop. There is!

So I learned and applied it in this case, to help show the identities of all the individuals in the photo as below (move the slider left and right to see it) 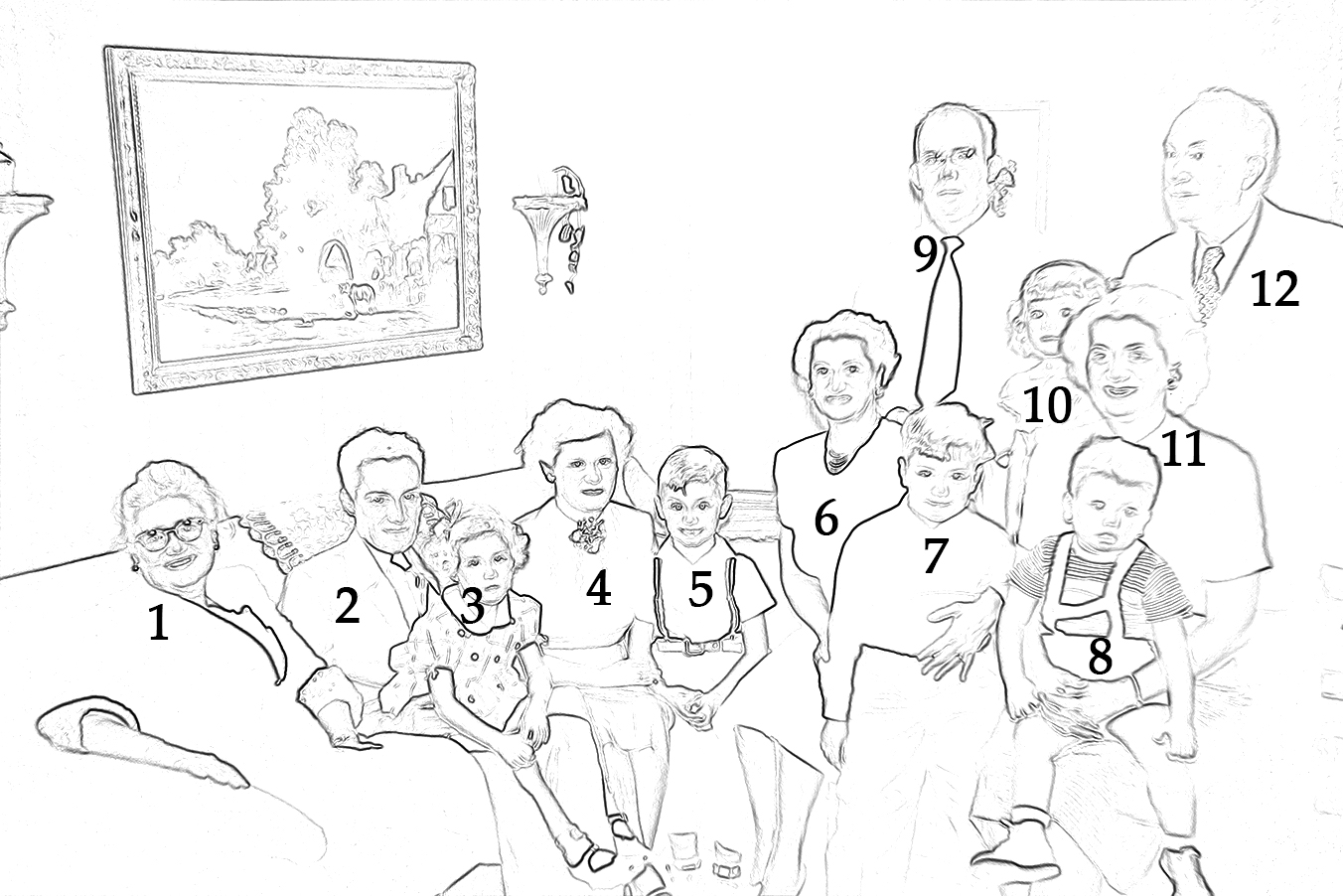 And credit for most of the ID’s is thanks to that little girl (number 10), who was only 3 at the time of this photo, in 1951. Thank you, Gloria!!! I had successfully reached out to Gloria in the past to get help with another photo that had featured her mother in it, and she came through again!

So how do these fine people connect to us? Well, Marie (Pickett) Reck in the photo is the sister of Erin’s paternal great-grandfather, Howard “Hap” Pickett. So it’s a cousin thing!

The remaining uncertainty is regarding the exact location of this home, which she recalls as the home of Dr. Reck and his wife Marie. Looking at the 1940 census, they lived on “North Georgia St” in Sheridan, IN, so I suspect that is a clue (though Georgia St, at least on current google maps has a “south” prefix to it throughout).

Any viewer of television/movies in the 80’s to 00’s can likely recall a crime-investigation scene in which the actors are looking at images of the suspect (or a license plate or some detail) and they want to zoom-in ridiculously and “enhance”.

Well, in actual photo improvement via photoshop and similar, it’s really not possible to put a detail in the image that isn’t already there. Sometimes you can reveal it from the shadows by adjusting lighting/contrast, etc, but you can’t really “create” new detail if the original doesn’t have it. Well, MyHeritage recently unveiled a new feature that allows you to upload a photo and gain some detail-adding “enhancement”. It can be a bit hit or miss, but sometimes, the impact is amazing. And this is simply the effect of a computer making some educated (programmed) guesses for the detail fill-in.

Here’s an example (move the slider left and right to see the before vs. “enhance”!!) 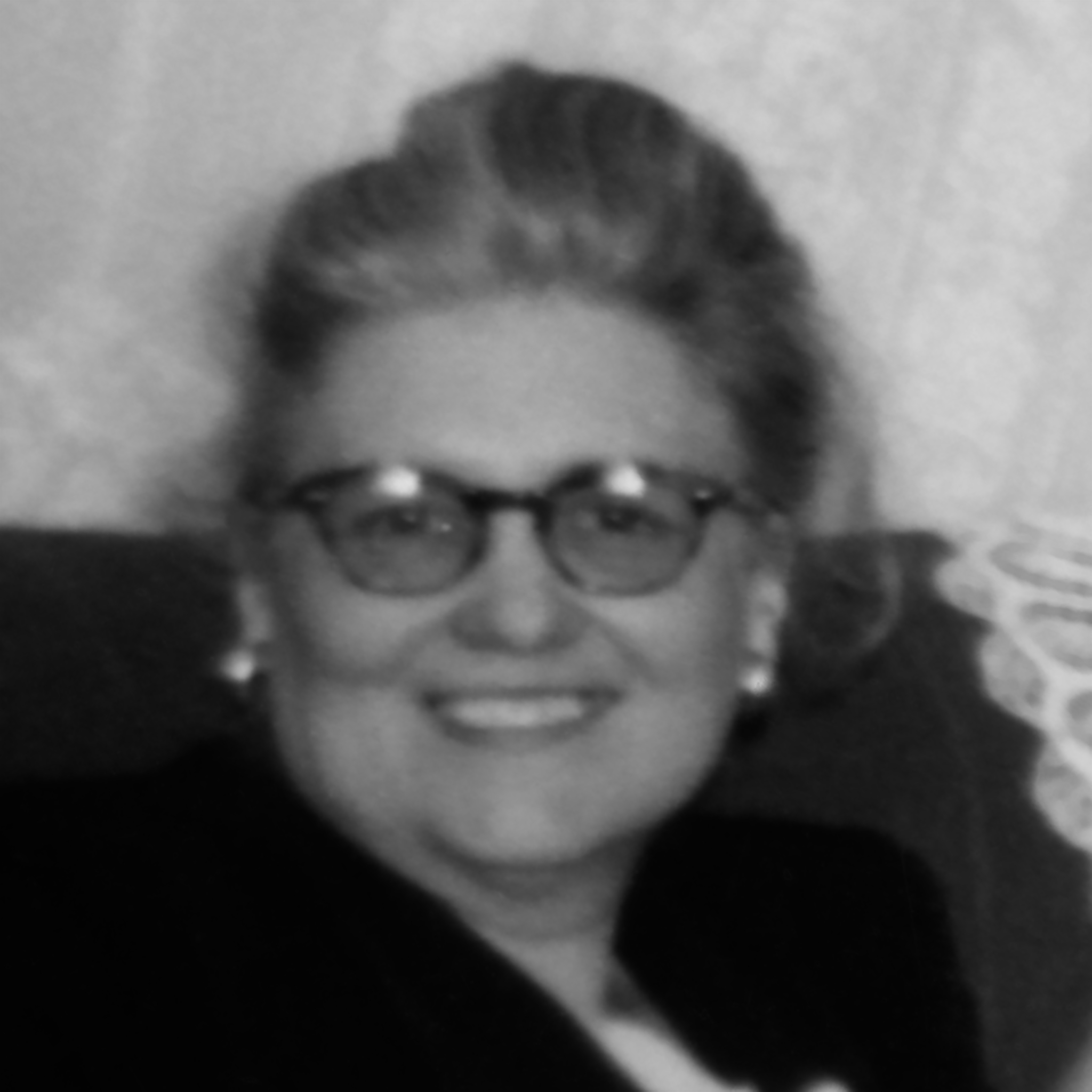 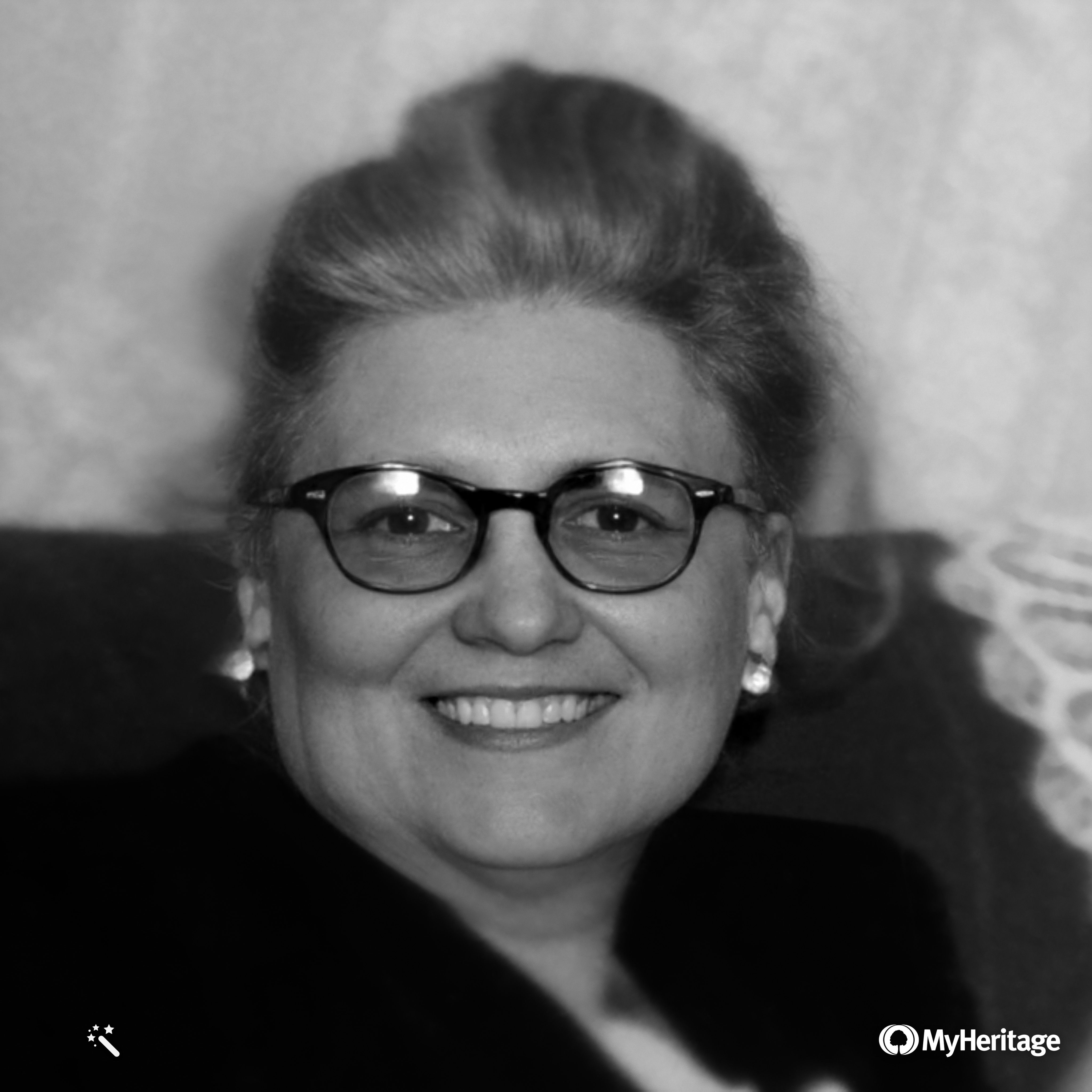 What painting is that?

Sometimes it’s a fun challenge/puzzle to try identifying an object within the photo. We’ve done this previously as with figuring out which vintage car or toy is captured. Well in this one, it’s hard not to notice the painting above the couch. I suspected this had the appearance like it could be a copy/print of a well-known painting, or maybe that I’d seen it before. Well, introduce the image-detecting tool of google images. At images.google.com, on the search bar, you can spot a camera icon. When clicked there, you can upload an image and do a “reverse-search” to see if the original can be located/identified. So, here I simply cropped the painting above the couch, saved it as an image file, uploaded it with this google images tool, and within seconds:

More detail of the painting and artist is found at this link, which itself is a “so-fantastic-you-might-get-lost-in-it” website!

Seashells down by the Seashore

Matt WiseChapman, DeVoe, StollAugust 14, 2020
Summer is winding down on us in 2020, but let’s go back 4 decades to find the Chapman family enjoying …
END_OF_DOCUMENT_TOKEN_TO_BE_REPLACED

Matt WiseBarron, Myers, PickettOctober 17, 2020
I pulled this one for its near-harvest cornfield in the backdrop — we drove past many on the way home …
END_OF_DOCUMENT_TOKEN_TO_BE_REPLACED
2

Charlie’s Angels We Have Heard on High

Matt WisePickettDecember 20, 2019
Stand back and witness this dangerous trio — you are in for some trouble. They are gathered for Carey’s “Bride’s …
END_OF_DOCUMENT_TOKEN_TO_BE_REPLACED
2

Matt WiseJordan, PickettOctober 30, 2020
Natural to select this couplet of images for the post this week. These were in the Meg and Dave archives, …
END_OF_DOCUMENT_TOKEN_TO_BE_REPLACED